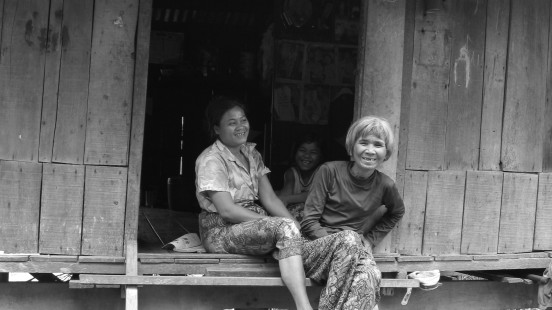 Posted in My Kind of People by Ben Brown Photography on July 24, 2013

Kratie, is located North East of Cambodia, it borders Stung Treng to the north, Mondulkiri to the east, Kampong Thom to the west, Kampong Cham and Vietnam to the south.

Walking South for Kilometre out of Kratie, towards Wat Roka Kandal, many people live in ‘shanty town’ type dwellings, next to the French-style buildings.  Although the locals may not have modern luxuries, they are very friendly and also very proud of their home and family.

The Mekong River flows from the north to the south of the province; approximately 140 km of the river is located in Kratié.  The river is home to Irrawaddy dolphins, fish, and birds.  The province also contains many forests, the Phnom Pram Poan mountain range, Phnom Prech, and rubber plantations.

During foreign incursions and the civil wars into Cambodia, Kratié especially saw heavy fighting.  During Operation Menu, Kratié was heavily bombed by the United States.  Recovering unexploded ordnance and de-mining has been a major recent initiative.